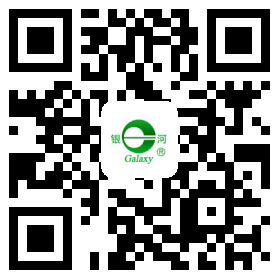 Flannelette manufacturers share: made in China 2025 textile should be promoted to the medium-high end of the industry

Classification:
Indistry news
2018/09/11 17:11
Page view
The moment I got the government work report at the great hall, I couldn't wait to look for the content related to the textile and garment industry, hoping to pass on the good news to the whole industry as soon as possible, especially when the industry was in a cold winter. Premier li keqiang mentioned a new concept for industrial development: to implement "made in China 2025" and push the industrial structure towards the medium-high end, which is undoubtedly the most exciting part for the representatives of the textile and garment industry.
The phrase "made in China" is an exciting and embarrassing phrase for Chinese people. How strong is Chinese manufacturing? I still remember that in 2012, the ark of human survival and reproduction was made in China. Only China could build such a huge project in such a short time, the project manager said.
How weak is Chinese manufacturing? The toilet lid is on fire in Japan during this year's Spring Festival. Many Chinese have traveled thousands of miles to Japan to bring back toilet seats, looking ridiculous and provoking attacks on China.
It is no exaggeration to say that Chinese manufacturing in the textile and apparel industry has improved the well-being of the world and become one of the core drivers of China's rapid economic growth over the past 30 years. As an important part of the manufacturing industry, the textile and garment industry is also faced with the situation of being ignored by the outside world. As a result, jin jianhua, a member of the CPPCC national committee and general manager of Shanghai pelomons corporation, called out in a slightly emotional voice during the two sessions: "manufacturing should not be lost, textile manufacturing should bear the brunt, and the social status of textile manufacturing must be enhanced."
So the question is, how to improve the status of textile and clothing industry? This year's government work report has set a clear direction: innovation-driven, smart transformation, strengthening the foundation and green development; Measures such as fiscal interest discount and accelerated depreciation are adopted to promote the technical reform of traditional industries. We will persist in holding down overcapacity, eliminate excess capacity, support mergers and reorganization of enterprises, and select the winners and losers in market competition. We will deepen the integration of industrialization and informationization, and develop and utilize networking, digitalization, and intelligence technologies.
In fact, since the 12th five-year plan (2011-2015), it has always been the direction for the industry to turn the big textile country into the powerful textile country. Textile workers have done the same. Even the premier stressed that "manufacturing industry is our superior industry".
The servitization of manufacturing industry is an important orientation of industrial transformation and upgrading. First, the manufacturing industry extends to the downstream and second, the manufacturing industry expands to the upstream.
Previous article:
Warm congratulations to jiangyin yinhe knitting co., LTD. Website revision glory online
In this way, the jacquard fabric washing work can avoid harm to the work
Next article: